​​WELCOME TO THE SALEM CHAPEL SANCTUARY OF HISTORY​ 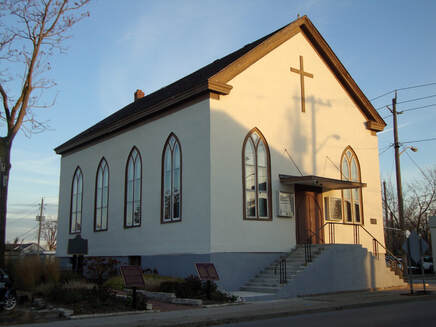 ​People of African descent began settling in the St. Catharines, Ontario area around 1788 and they brought their religion with them. Many were followers of Rev. John Wesley, the founder of Methodism. Wesley was a staunch abolitionist and advocated for the end of slavery and the slave trade.
​
​Many of the freedom seekers that relocated to this area were also followers of Bishop Richard Allen, the founder of the African Methodist Episcopal Church (AMEC).

An AMEC Society was established in St. Catharines, Ontario between 1814 and 1820. A small chapel was built to serve the faithful in the Queenston Street area. When construction on the first Welland Canal began (1824-1829) in their neighbourhood, members of the Black community relocated to the under developed area of Geneva and North Streets. In 1835, they purchased property on North Street from abolitionist businessmen William Hamilton Merritt and Oliver Phelps to build a new AMEC. This church would be the second in St. Catharines and it would hold about 70 members.

In 1837, the St. Catharines group sent a petition to the AMEC New York Conference asking for pastoral care and to be received into the AMEC Connection. As a result of this action, AMEC missionaries stationed in Upper Canada were instructed to "regulate the existing Societies, organize more in other regions and also communicate that  they shall be subject to the order of the Bishops, and amendable to the Annual Conference of the New York District."  One year later, the New York AMEC Conference organized a church in St. Catharines with forty members and two local preachers. The church was named Bethel Chapel.
In less than a generation this Methodist group would out grow the second church. The Black community in
St. Catharines began to increase immediately after the US Congress passed the 1850 Fugitive Slave Act.  Thousands of free and escaped African Americans living in the Northern States moved to various parts of Canada West to secure their safety and freedom. The new fugitive slave laws also caused thousands of fleeing enslaved African Americans to settle in Canada.

In order to accommodate the influx of new comers, the AMEC congregation in St. Catharines decided to build a larger church.  Resident freedom seekers began to construct the third church in October 1853. On November 4, 1855 the new AMEC was opened and publicly "dedicated to the Service of Almighty God" by Bishop Daniel Alexander Payne.

In less than one year (September 1856), most of the Canadian AME Churches would separate from the AMEC Conference in the US and establish the British Methodist Episcopal Church (BMEC).  This was partly due to the 1850 Fugitive Slave Act. Most of the AME Church members in Canada refused to attend Conference in the US because of the fugitive slave laws.  They also wanted to identify themselves more closely with the country that granted them their freedom and equal rights.

As a Methodist meeting house, from its early beginnings the AMEC in St. Catharines hosted anti-slavery lectures, civic protests and provided shelter and aid to the newly arrived freedom seekers until the end of the Civil War. 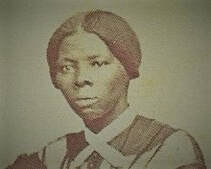 ​The most celebrated member of the Salem Chapel is the legendary Underground Railroad conductor, Harriet Tubman.

Sister Tubman moved to Canada after the 1850 Fugitive Slave Act was passed.  When she resided in St. Catharines from late 1851 to early 1862 she attended the AME/BME Church.

Sister Tubman was a highly revered member of the community and was also known as "Moses". The majority of her clandestine Underground Railroad rescue missions started and ended in this British Canadian town.

In 1868, when asked where and why she guided the freedom seekers, Harriet Tubman said, "I would't trust Uncle Sam with my people no longer; I brought them all clear off to Canada." 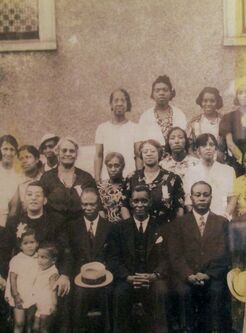 ​Many scholars agree that the Salem Chapel, British Methodist Episcopal Church is the oldest Black church (1st church, 1814-1820) in Ontario.

In 1957, after an extensive two year restoration project, the church was rededicated and renamed Salem Chapel.

In 2013, Dr. Henry Louis Gates Jr. and PBS featured the Salem Chapel, BME Church National Historic Site and its connection to Harriet Tubman in the award winning documentary The African Americans: Many Rivers to Cross.

The Salem Chapel continues today as a religious institution first and foremost. Secondly it serves as an international "Sacred Destination" tourist attraction.

Today‘s small congregation consists of descendants of the African American founding fathers and a few other worshipers who embrace the Methodist denomination.

​We are Christian in our belief, Methodist in our approach
and Episcopal in our organization. We are a church that is
committed to sharing God’s love, Christ and His Word and
the living power of the Holy Spirit.